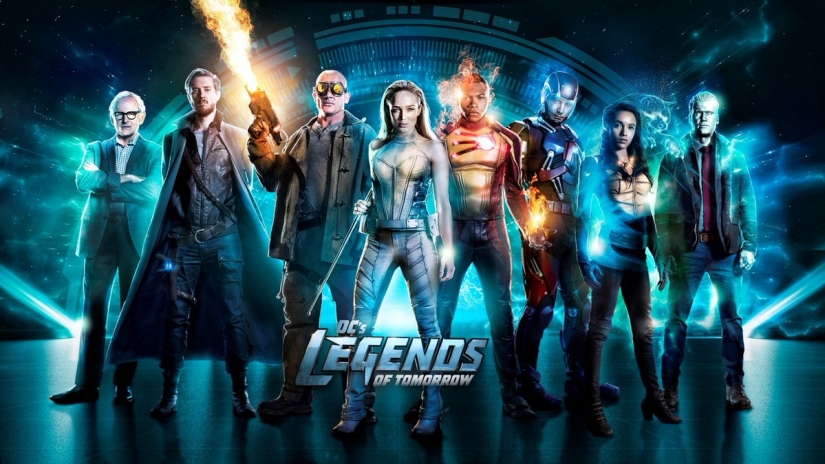 The midseason finale offered us a few unexpected surprises. It seems that another character has departed, but a familiar face seemingly joins the team…

The episode starts with a clear homage to the film Jingle All the Way with a young Martin Stein trying to get a toy, called Beebo, for Lily and it was rather off-putting. We then learn that this young Stein is an anachronism to the time of Vikings and they believe that Beebo is a god. Though it is a very fun concept, the tone of the episode is constantly shifting from serious drama to fun comedy and they couldn’t find a good balance between the two. Though there are some moments where the drama and the comedy shine, it still feels a little jarring to watch at certain points.

Reeling in from the previous episode with Stein’s death, that leaves the Legends in a state of grief, but for some reason, they decide going on a mission is what they need to get their mind off things. As Snart from Earth-X put, “That sounds healthy.” By the way, Wentworth Miller does a great job at differentiating two different Snart’s while also being able to show that he is Captain Cold.

The rest of the cast are giving their best comedic performances and to be honest, it reaches that point of pure absurdity but it works, the only issue was the off balance of comedy and drama.

Outside of Jax, we never have seen any of the other Legends grieve as much, but the moments with Jax are great. He tries to save Stein but young Stein tells him to let go, here we see a love that is heartbreaking, but incredibly tender. Jax has clarity and closes his chapter with Stein but wants to move on and start a new chapter outside of Legends. I understand what he’s doing and I wonder how permanent it’s gonna be, but better him leaving for a short while instead of him having to do nothing.

The final fight, while funny, was anticlimactic. It had a Shakespearian, theatricality to it that made it impossible not to laugh, especially when Damien Darhk is wearing a ridiculous wig. It’s also important to add that Agent Sharpe returns and she’s actually becoming one of my favorites; she’s decided to lead by morality instead of orders and fits well, right alongside the Legends

We also get another glimpse of Mallus, giving is a brief horror vibe by having an omnipresence in an alternate dimension, where there’s an absence of feelings. HE calls on Sara the most and seems to have a plan for her; rather creepy. But arguably the biggest surprise comes, in the end, with Constantine showing up. With Constantine arriving, it seems that the plot will really be moving forward as we discover who Mallus is and what the main plot for this season is because if we’re being honest, it’s time we get to that. We’ve had some fun episodes but very few move the plot along hopefully, that’ll change when Legends of Tomorrow returns next year.

What did you think of the midseason finale? Let us know! Legends of Tomorrow will return in February on the CW.

Published by Manny A. Castellanos