While Both Hilarious and Heartwarming, ‘Little’ Sheds an Important Light on the Toll of Bullying – Review

With a cast that boasts the talented Regina Hall, Marsai Martin and Issa Rae, Little is the newest film from Will Packer Productions (Girls Trip, What Men Want), and definitely something you should see this weekend. With a screenplay written by Tina Golden and Tracy Oliver, Little follows the life of tech mogul, Jordan Sanders (Hall) as she goes through […]

Regina Hall will star alongside Issa Rae and Black-ish star Marsai Martin in Will Packer’s upcoming movie Little. Hall has been attached to the project as an executive producer for while but it has been confirmed that she jas joined the cast. The screenplay was based on Marsai Martin’s original idea and the 13-year-old is also executive producing. The movie will follow a woman […]

Regina Hall, who you might recognize from the hit movie Girl’s Trip has been cast opposite Don Cheadle (House of Lies, Iron Man 2) and Andrew Rannells (Girls) in Showtime’s upcoming comedy pilot Ball Street. The pilot will be directed by Seth Rogen & Evan Goldberg (Preacher) and it was written by David Caspe and Jordan Cahan. All four of them will executive produce the project, which […] 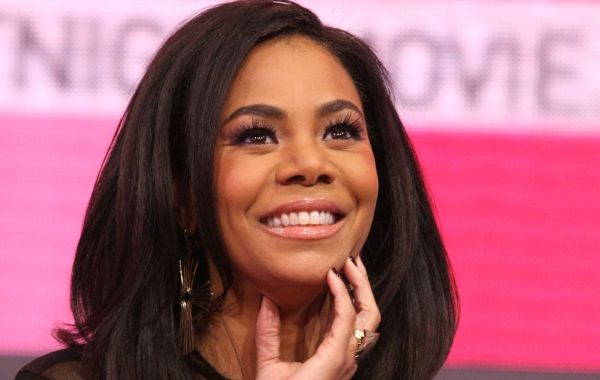 As revealed by Variety, Regina Hall, Scary Movie alum, is set to join New Line’s Shaft sequel. Hall will be portraying John Shaft’s (Samuel L. Jackson) former love interest and mother of Jessie. T. Usher’s younger Shaft. Shaft will be an update of the 2000 version, which was directed by John Singleton, as not to be confused from the original […]

First Look at Black Lives Matter-Inspired Movie ‘The Hate U Give’ Here!

The Hate U Give is an upcoming YA crime/drama movie based on the novel of the same name by author, Angie Thomas. The movie follows a teenage girl (Amandla Stenberg) who witnesses police shoot her unarmed friend and is forced to testify at the trial; the protagonist is ultimately drawn towards activism. It’s some heavy stuff right? With today’s society […]

Regina Hall Cast in Adaptation of ‘The Hate U Give’

Fresh off the massive success of the comedy Girls Trip, Regina Hall is set to star alongside Amandla Stenberg and Russell Hornsby in the film adaptation of The Hate U Give. According to The Hollywood Reporter, Hall is set to play Starr’s (Stenberg) mother, Lisa, alongside Hornsby who plays Starr’s father. The film will be directed by George Tillman Jr. […]