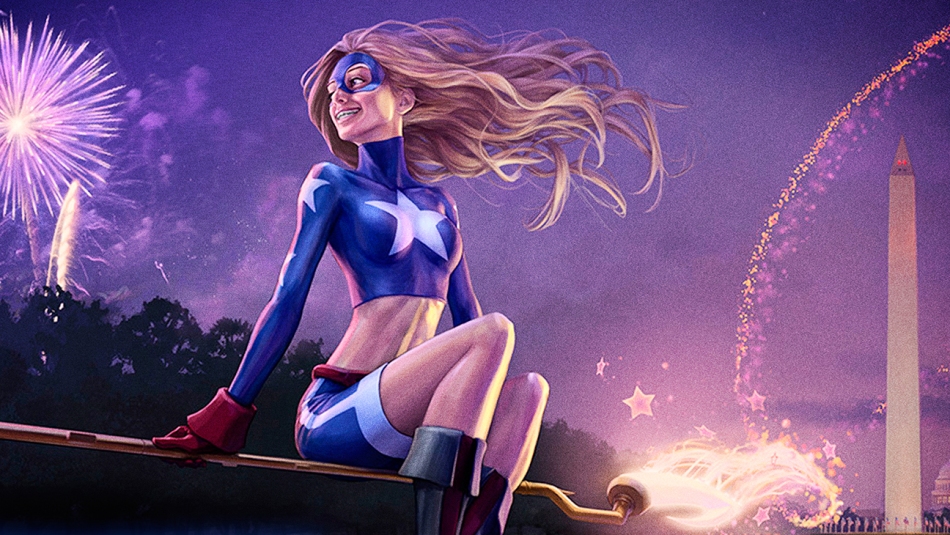 Announced at San Diego Comic-Con during a Spotlight panel, the DC universe is set to introduce another superhero to its digital subscription service. Stargirl will premiere in 2019 with a 13 episode order. Written and produced by Geoff Johns, the project will see Johns reunite with Greg Berlanti and Sarah Schechter who will serve as producers.

Created by Johns and Lee Moder, the character first appeared in 1999. The series is set to follow Courtney Whitmore a.k.a. Stargirl, a high school sophomore who “inspires an unlikely group of young heroes to stop the villains of the past”. The series represents a reimagining of Stargirl and will feature what is considered the first superhero team, the Justice Society of America.

The character, inspired by Johns’ sister who passed away, was the first character Johns created for DC, speaking of the series he says:

“To have an opportunity to tell a story celebrating this superhero was literally the first thing I wanted to do because it is so personal to me. Also, a character that speaks to being young, to a legacy and to pushing forward seems so important to me nowadays.”

Despite stepping down as DC Chief Creative Officer, Geoff Johns continues to play a crucial role in DC universe, revealing art by Gary Frank from The Watchmen meets Batman and Superman, which is set to be released next week. Johns also announced a new Shazam! comic series that he will write and while gave SDCC audiences a first look at the Batman: Three Joker series that the DC Black Label imprint will be publishing.

Are you excited about the upcoming Stargirl series? Let us know in the comments below!