Skip to content
Overwatch: Retribution Event Comes With All Sorts of Goodies
Gaming

Overwatch: Retribution Event Comes With All Sorts of Goodies

The new PvE mission, announced on the 4th during Overwatch League, allows you play through the infamous Blackwatch mission that shuts down its less morally ambiguous parent organization eight years ago…

April 10th marks the start of Overwatch’s newest event, Overwatch: Retribution! The new PvE mission, announced on the 4th during Overwatch League, allows you play through the infamous Blackwatch mission that shuts down its less morally ambiguous parent organization eight years ago (in canon). Players get to choose from Commander Gabriel Reyes, now known as Reaper, the B.A.M.F. himself McCree, the still-healing Genji, and new baddie but currently a goodie Moira. There is also a similar game mode that lets you pick whichever hero you want, looking at you new Brigitte mains.

Did I forget to mention Overwatch’s newest comic, Retribution? Overwatch also released a new comic, Retribution, during the announcement of the event. This comic serves as a prequel to the Blackwatch mission that changed their world forever and includes appearances from Gabriel Reyes , Soldier 76, McCree, Moira, and Genji. You can find the comic here. 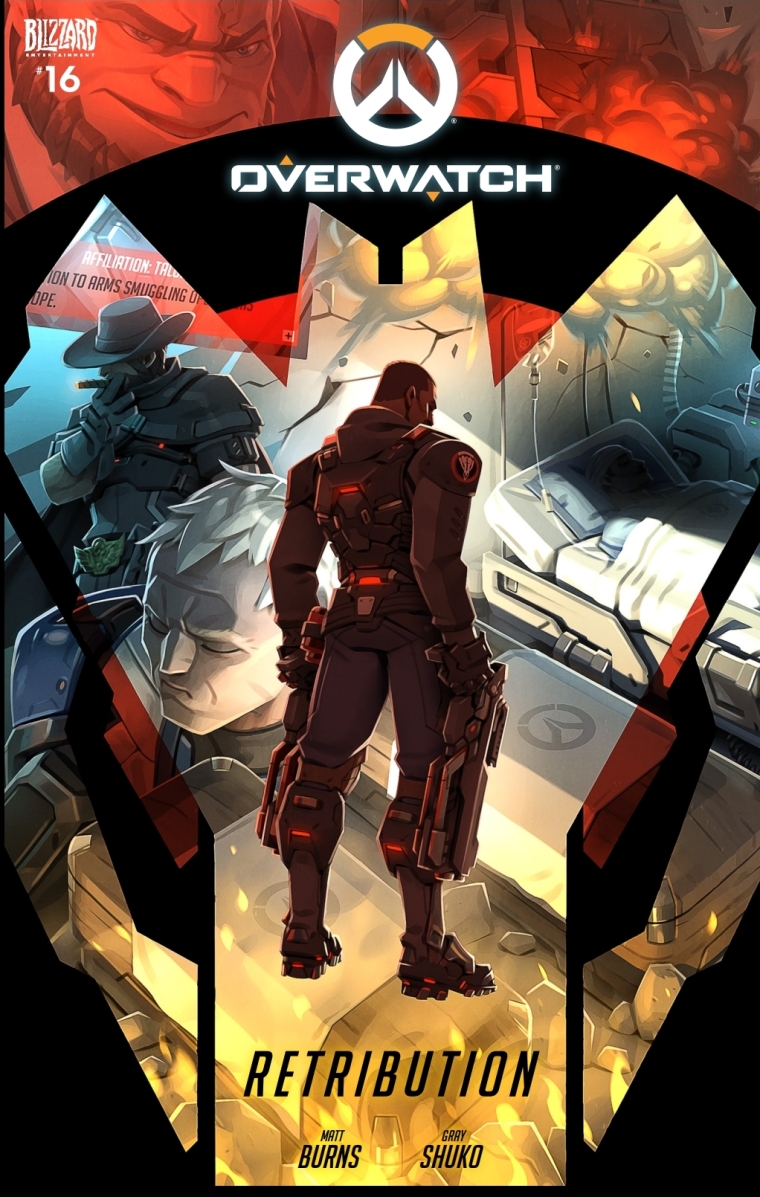 Of course, with any new event comes new skins, or shall I say throwback skins! Reaper’s new skin goes back to the really early days when he was Soldier: 24 during the government’s “classified soldier enhancement program.” Moira gets her first event skin, following Reaper, McCree, and Genji in their Blackwatch skins from last year’s first canon-based event, Uprising. Sombra and Doomfist look fashionably evil in their Talon skins. Mei and Winston get skins that call back to their origins as a frozen environmental scientist and a genetically enhanced gorilla, respectively. Finally, Lucio and Hanzo get very stylish skins that possibly relate to their own pasts outside of Overwatch.

And speaking of fashion, Retribution’s new game map, Rialto, is based in beautiful Venice, Italy and will also double as a PvP Payload map that unfortunately won’t be available until after the event is finished April 30th.

Not only did Overwatch fans get a new event, a new map, new skins AND new canon, Blizzard also came through with new patches! Some of the big updates include: Overwatch Archives, which allows you to join a four hero team and play in “cooperative, story-driven missions that give a new perspective on the era before the fall of Overwatch”, Archives Loot Boxes that offers the legendary skins mentioned above among other goodies, and the much awaited “Avoid as Teammate” option that “gives players the ability to craft their online gameplay experience… the matchmaker will no longer place you on a team with the avoided player for one week.” You can read all official patch notes on Blizzard’s forum here.

So, how do you like Overwatch’s newest event? What do you think of the new lore added? Let us know in the comments!

Hey Hi Hello! I’m Dre, a writer for GOC, and going to college in North Carolina. I've been geek of color since birth. My favorite shows growing up were Spider-Man, X-Men: Evolution, & Justice League Unlimited. This set the foundation of my love for the medium of animation and dreams of being a Superhero. I realized I wasn't wearing spandex anytime soon, so I began creating my own heroes. It surprisingly took me another twelve years to read my first comic book, my freshman year in college. Hundreds of comics, hundreds of dollars, and dozens of new comic book movies/TV shows later, I've become fully immersed into the geek culture. After getting my Media Studies degree in next couple years, I plan to go to Hollywood and create diverse and hopefully inspiring characters for the next generation of geeks of color.