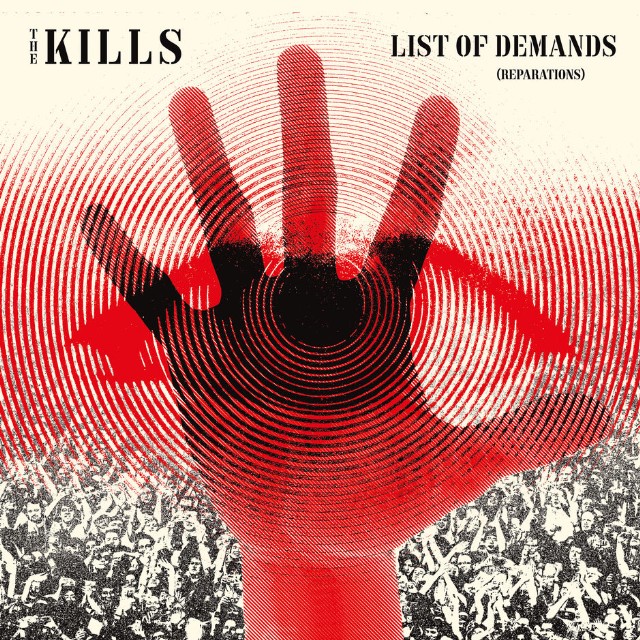 Back in 2008, there was this ad campaign from Nike with the slogan “My Better is Better.” The commercials were cinematic fodder – athletes running drills and training in highly saturated slow motion with quick cuts scored perfectly to the most energizing song I have ever heard in my life. In a pre-Shazam, pre-LTE mobile Internet speed world, I raced to my laptop to find out the name of the song. I sat surprised and confused when I learned it was by Saul Williams, somebody who, at the time, I had only known of as the poet and that dude from K-Pax. I had no idea he got down like this. The song “List of Demands (Reparations)” and the self-titled album it came from became a fixture in my CD player. Ten years later, The Kills pop up on my Twitter feed with their version of the song and remind me why it’s such a powerful song.

The Kills’ singer Alison Mosshart has one of sultriest voices of any contemporary indie rock singer. If the visualization of strutting were a sound, it would be her voice. Her singing style has changed dramatically since her pop punk days as the vocalist for Discount and this cover showcases her zig-zagging articulation that made The Dead Weather sound like a Jack White band without having him actually singing. The song starts off with a basic kick-snare beat echoing in a reverb so foggy it feels like it was recorded on stage in an empty auditorium. Mosshart’s voice is on display as the only other instrumentation is Jamie Hince’s tempered echoing guitar strums.

The repetition of the drums in the first verse lead to a wall of sound in the first chorus as Hince’s guitar speeds up the delay, causing a subtle sense of urgency as Mosshart starts belting her vocals. The two have fed off each other for the past two decades, their chemistry is never a surprise, but the way they come together on this track is overwhelmingly nuanced. Williams’ version is frenetic and feels like a car chase, whereas The Kills’ version is subdued and is more akin to a slow-motion drive off into the sunset.

Great covers usually are great because they maintain the heart and soul of the original, no matter how much they change the arrangement. The Kills do this successfully. Whereas some of the band’s contemporaries can tend to dilute themselves into what can arguably be defined as gentrified blues, Mosshart and Hince never lose sight of the heart and soul of their band and are thus able to capture the essence of the original in their cover. The Kills version is triumphant in its ability to showcase the frank profoundness of Saul Williams’ words without coming off derivative or insincere. You can hear The Kills version of “List of Demands (Reparations)” on Spotify, Apple Music, or check out the music video below.

Check us out on Spotify and SoundCloud @geeksofcolor!

Hi, I'm Erik Casarez. You may remember me from such websites as The Examiner or mxdwn.com. I am a part time writer but a full time observationist. I also quote the Simpsons a lot. View all posts by Erik Casarez