Skip to content
GOC Comics Review: New Age of DC Heroes Gets It Right with The Silencer #1
Comics

GOC Comics Review: New Age of DC Heroes Gets It Right with The Silencer #1

The Silencer #1 Written by: Dan Abnett Art by: John Romita Jr. Published by: DC Comics Release Date: January 31, 2018 Next in the New Age of DC Heroes line is The Silencer, a title that I have been anticipating mostly because its titular character is a woman of color (kudos, DC Comics). The Silencer tells the story of Honor […]

Next in the New Age of DC Heroes line is The Silencer, a title that I have been anticipating mostly because its titular character is a woman of color (kudos, DC Comics). The Silencer tells the story of Honor Guest who was a deadly, highly-trained assassin equipped with meta-human abilities. That life was behind her as she now lives a normal life as a loving mother and wife… or at least that’s what she thought.

THIS IS YOUR SPOILER WARNING FOR THIS REVIEW! DON’T SCROLL DOWN IF YOU HAVEN’T READ THE SILENCER #1!

The first issue kicked off with the arc Code of Honor. In the past, The Silencer served as Leviathan’s chief assassin under the orders of Talia al Ghul. She left that past six years ago to become Honor Guest and live a regular life with her husband and three-year-old son. We learn in this story that Honor was able to leave Leviathan because Talia awarded her that freedom. But now, Talia has come back to warn Honor of an upcoming danger. There is a power struggle inside Leviathan and its enemies are coming for both Honor and Talia. Now, Honor has to decide whether or not she wants to take up her old mantle and once again become The Silencer. 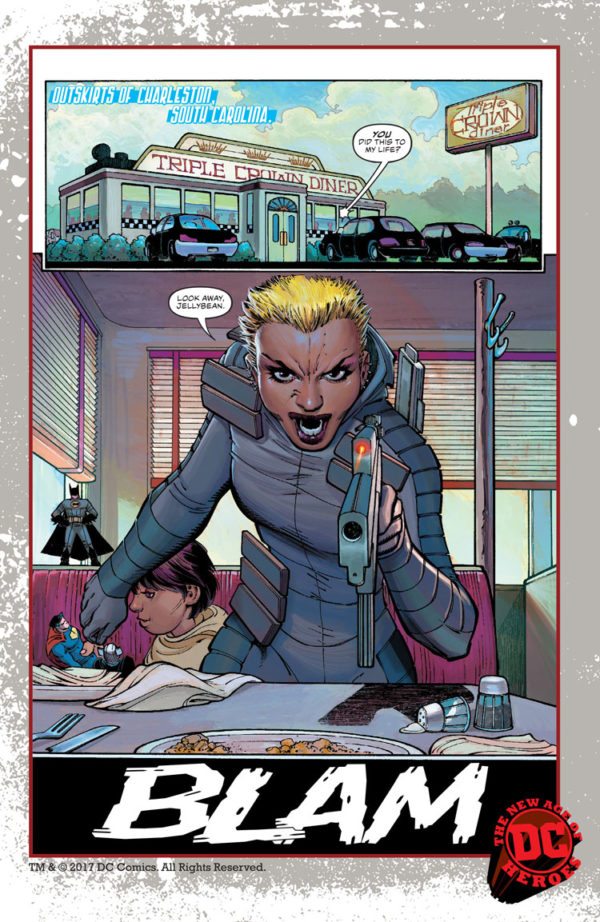 First things first: Honor Guest is portrayed as a woman of Polynesian descent, living with her Hispanic husband in an American household. There’s not nearly enough people of color gracing the front cover of DC Comics. So, for this effort of putting more diversity included in its newest titles, I give DC Comics my appreciation. The pitch sounds pretty familiar: an ex-assassin settling down in a quiet life getting haunted by their past. At the surface, that’s not a good look there since Damage, The Silencer’s predecessor in the New Age of DC Heroes, also fell dangerously clichéd.

However, Honor Guest’s personality makes me really admire her. She has a brash, no-nonsense attitude when it comes to professional assassin work, shown in the way she makes swift tactics when fighting against Killbox, dumps his body in the bin outside a grocery store, and how she does not hesitate to drag Talia al Ghul by her hair in order to get her away from danger (she hates long hair, by the way, and I think it’s a really nice quirk). When it comes to her family, she is the best mother and wife you could ever ask for who is very suited for a domestic life. There is a clear foundation for her character and she is definitely intriguing. I love Honor and I want to know more about her. The story also holds up really well, helped with dialogue and pacing that fits. There’s just enough mystery around Honor’s past, The “Underlife”, and why these problems are only arising now to get me hooked into the story. The Silencer is still a retired assassin story, but it steers clear from looking like an overused trope. 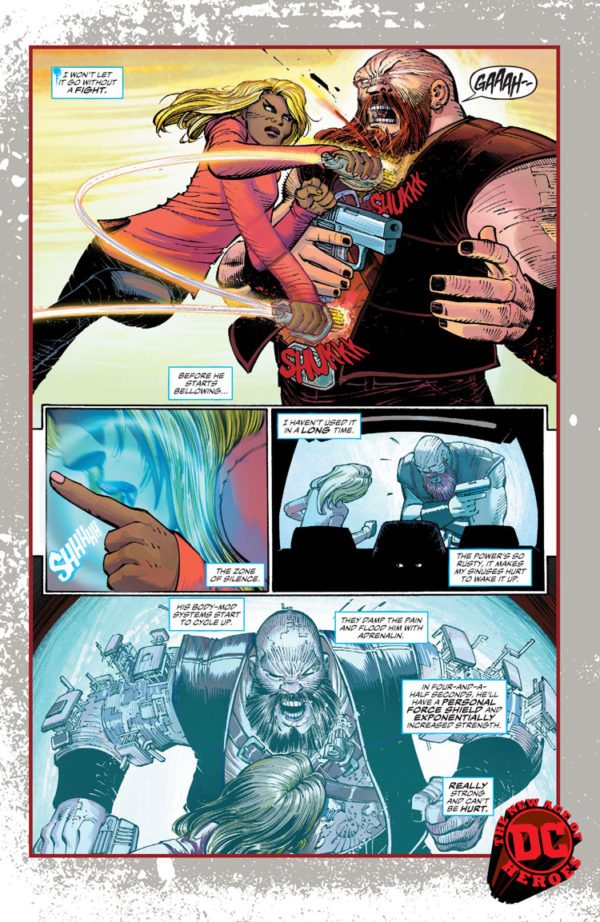 The art style for The Silencer is very fitting, too. The New Age of DC Heroes was launched especially to spotlight their Master Class of artists, so in this regard DC Comics is definitely successful. There’s a gritty feel to the action scenes in The Silencer which I like. Visual storytelling is definitely the key for this story, especially in showing that Honor is still well-built despite her domestic life and how easy it is for her to switch to assassin mode even when she is caught off-guard. Her silencing power (which is so unique and one of my favorite things about her) may be rusty from long disuse but we can visually see that her strength and skills are always with her. I mean, sharp pencils don’t really hurt a massive bully unless you’re really using them right – that’s one benefit of a doubt I’m giving the The Silencer. Other things I’m not comfortable with are how completely oblivious Honor’s family is, from the first opening page, (“Look away, Jellybean” – though we don’t have the entire context for that yet) to how roaring dinosaurs on TV can possibly mask a car explosion outside their house. But otherwise, the art looks great and brings everything alive. 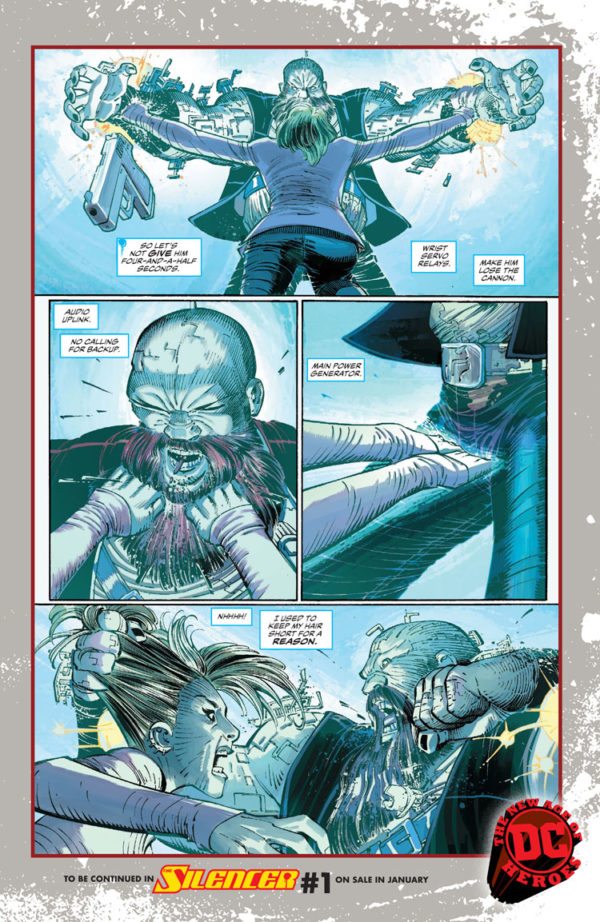 While Damage wasn’t quite the opening bang for New Age of DC Heroes, The Silencer puts it back on an exciting track. Honor Guest is a compelling character with an interesting story, so I can’t wait to find out what the whole business with Talia al Ghul is all about. I don’t have many reservations other than the role that Honor’s family plays in this story. They aren’t suspicious and they know nothing – it’s almost unbelievable. I hope we get to see what’s special about them soon. The Silencer #1 gets a solid 8.5/10 from me.

The Silencer #1 is out now at your local comic book stores and on digital. The Silencer #2 will be available on February 28th.