Netflix is now streaming Godzilla: Planet of Monsters which is part one of a Godzilla animated trilogy, which will also be entirely released in Japan theatrically.

Godzilla has always been a personal favorite of mine. I have seen a heroic Godzilla, an evil Godzilla and everything in between. However, part one of the Planet of the Monsters trilogy introduces us to a brand new Godzilla in a lot of ways.

This movie takes us into the future where humanity has been run off planet Earth by the appearances of giant monsters. All of this leads to the appearance of the king of all the monsters, Godzilla, destruction incarnate. The human race could not stand up to the destructive powers of Godzilla even with the aide of an ally alien race. Defeated, the inhabitants of Earth and the alien race abandon the planet and leave Godzilla as its sole ruler. However after 20,000 years of searching for a new planet supplies run critically low and the human race must return to Earth and defeat its ruler, or risk starving in space.

The 90-minute feature introduces us to our protagonist Haruo Sakaki a soldier who is hell-bent on defeating Godzilla and reclaiming the earth. This is where the movie misses some beats. The best monster movies aren’t necessarily made by the monsters or the effects but by the compelling human drama. Some of the best monster movies are able to get by with very minimal screen time for the creature itself. While Godzilla’s screen time was kept to a minimum the human characters were just not interesting enough to carry the movie.

This is hands down the weakest link in this movie. I truly did not care about any of the characters. Even Haruo the main character comes up flat at key moments. Even amidst all of this, the final showdown managed to still be exciting. (P.S. stay late for the post-credits scene)

Unfortunately with the characters not being properly established this leaves some scenes coming up empty. Moments where characters are fighting and even dying. Scenes that should have gravity and emotional weight just don’t hit home. The time dedicated to the conversations needed to set up good character development just wasn’t there and too much of the dialogue ends up being very technical. Part 1 missed out on what could have been some amazing backstory to Haruo fueling his single-minded intent.

If the human drama was the low point of the movie then the artistic vision was the peak. The movie looks great, I love when a movie fully commits to a style like Planet of Monsters does. Godzilla is large, just massive in this movie, he did have 20,000 years to just get bigger. The film does a good job of continuing the nature vs technology theme that has been a staple in Godzilla movies for decades now. It is clear that Godzilla, the flora, and even the planet itself has some kind of symbiotic relationship. This has some major potential to be fleshed out more in the upcoming movies. 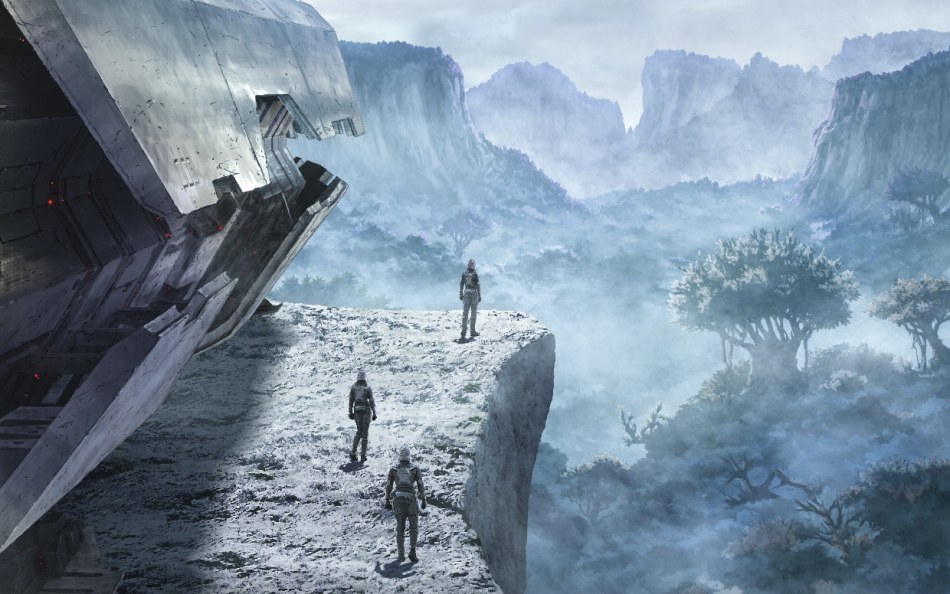 Godzilla: Planet of Monsters did a decent job setting up the world and introducing some concepts that have some real potential, but the weak character development is really a killer. The feature should still be praised however for introducing us to a new type of Godzilla movie that has never been done before and for being the first animated Godzilla film. The 2nd installment is set to introduce Mechagodzilla.

I still have high hopes that the next movie will deliver better human drama to accompany the exciting world they have built!

How did you feel about Godzilla: Planet of Monsters? Tweet us or leave a comment to let us know!

3 comments on “Netflix’s ‘Godzilla: Planet of Monsters’ is a Visual Feat for Godzilla, with some Added Lackluster Characters. A Review.”