It almost seems that every year is the ‘best year for comic book movies’ and in 2017 one can make an argument for it being the best. This year there have been some surprise hits, some disappointments, both the MCU and the DCEU seem to have found a new footing and hopefully continue to make more great films. And if we’re being honest, this has been one of the best years of comic book movies, easily. It should also be said that there might be some minor spoilers from these movies.

10. Valerian and the City of a Thousand Planets

Based on the French sci-fi comic Valérian and Laureline, Luc Besson creates a gorgeous fantastical world, outside of that it’s rather boring. The characters have no charisma or chemistry with one another and they’re our leads! Outside the pretty visuals, it’s a pretty dull and really Luc Besson brings nothing new that we haven’t seen before in terms of the story.

Yes this counts, the first film was based off a comic book so by technicality, this is a comic book film. After the first film was such a hit, it made sense when they announced a sequel. The characters we met and loved are still great (for the most part), but everything else was very much more of the same. The action didn’t feel as fun and electric as the first one and instead felt like they were just trying to making things bigger. We have Julianne Moore as the villain who isn’t intimidating in the slightest; we have a forced and unnecessary subplot involving Pedro Pascal’s character in the end of the film, hell, they even killed off Roxy like she didn’t matter. To get to the point, most of the decisions made in the film weren’t the best.

Fans have waited YEARS for a JL movie and we certainly got that! The characters are what make the film as good as it is and I want to see these characters return as soon as possible. As for the story itself, it was rather underwhelming with a generic villain that leads to an anticlimactic fight. Part of the reason I feel the film is the way it is was that of Joss Whedon taking over during post-production and he may not have been the best choice to help finish Zack Snyder’s vision of the film. However, it’s what the future holds for the franchise and these characters that excite me, bringing in a “new age of heroes” to the DCEU which I can’t wait to see.

James Gunn returns to the MCU’s Space Opera better than before. If the first Guardians was about bringing the family together, the sequel is about splitting them up apart so that they can grow and become stronger together. It gives us a message of expectations Vs reality with Peter Quill as he meets his dad for the first time and he’s everything he seemingly wants him to be, but there’s a darkness to him that Quill has to face. The moments between Yondu and Rocket are emotional and the very last scene certainly had me crying in the end. The relationship between Mantis/Drax & Gamora/Nebula could’ve been handled better, as well as the comedy, which drags on for a while. There are several running gags that go on for far too long and actually become annoying. But we still have a fun space adventure filled with surprises and beautiful effects.

Arguably the most ridiculous out of all the choices, but in the best way possible. Taking the character Thor in a completely different direction, filled with wonderful Jack Kirby art as well as being an amalgamation of the comic story Planet Hulk and Walt Simonson’s Ragnarok. Overseeing the vision is indie director Taika Waititi who certainly adds his own style and brand of comedy to the film. With that said, there is too much comedy that certainly takes away from the more serious moments and like most of the MCU, the main antagonist was rather lacking, even though Blanchett’s performance of Hela was entertaining, we needed more instead of having her pop up every once in a while. 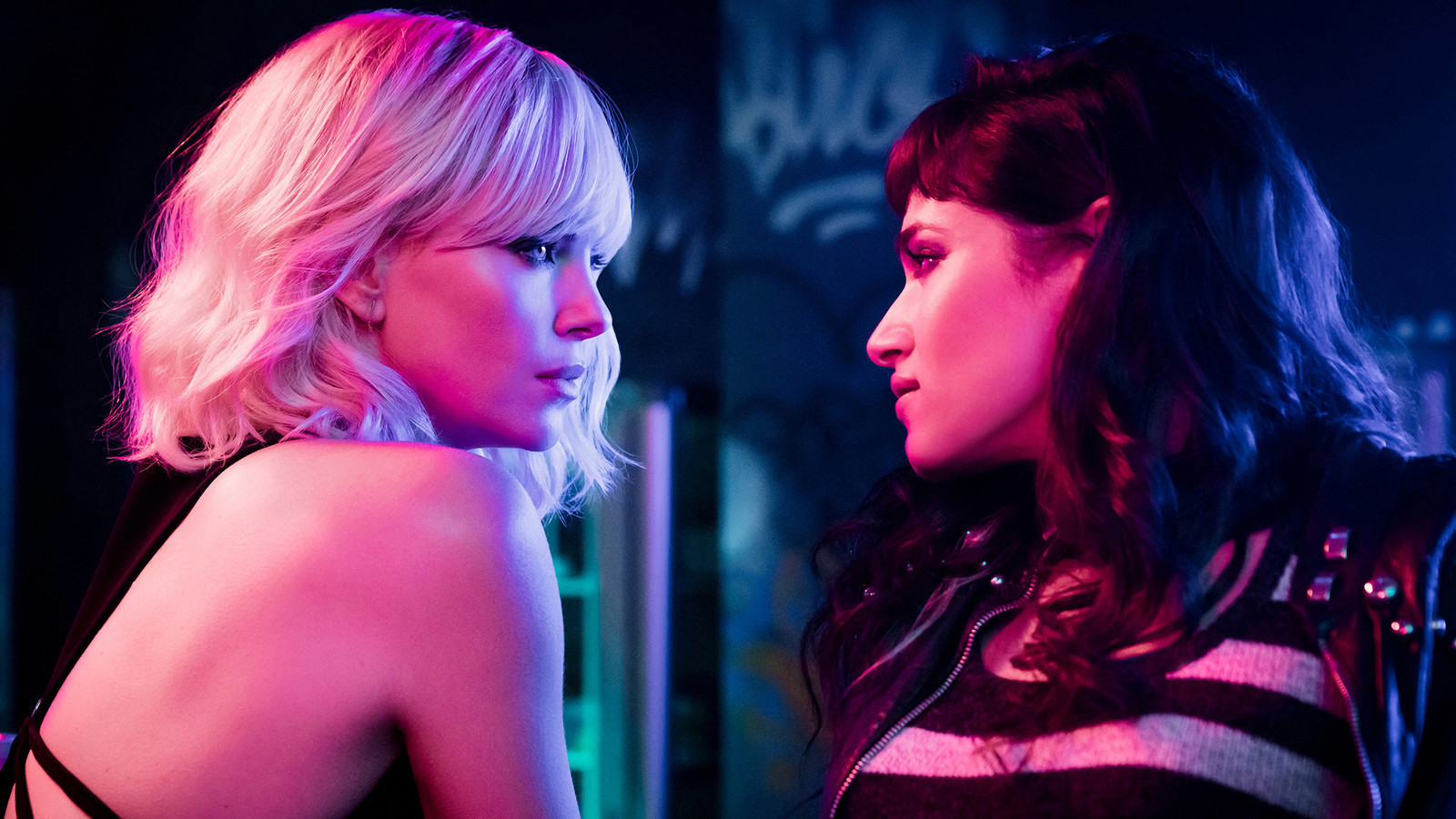 Based on the graphic novel The Coldest City, Atomic Blonde is easily one of the best action films of the year. Charlize Theron is one of Hollywood’s best action star and I don’t know if they know it. The fights are long, intense, and brutal as the camera gets right in their on the action, a lot like John Wick, which makes sense since one of the directors of Wick directed this. The story itself is good and keeps a good amount of tension, specifically towards the end, which also contains a twist I did not see coming. The film is tense, brutal, sexy, and overall great.

With the character FINALLY added to the MCU, we get a young Peter Parker in High School navigating his life as a student while trying to be the best superhero he could be. It’s a coming-of-age story with a John Hughes vibe, that is emblazoned in the superhero genre. We get incredibly emotional moments that uplift our hero, as well as having nice tender moments that progress him forward. There’s a nice twist involving one of the MCU’s better villain, Vulture, and of course, there’s the hilarious comedy that comes with Spidey.

Much like The Lego Movie you never would’ve expected this film to be as good and smart as it is. Arguably the best parody in years that actually delves into the psyche of Batman and how depressing the character really is. The film also does an excellent job of exploring the relationship and psychology between the Joker and Batman in the most comical, yet dramatic way possible. The film takes jabs at the characters history, tropes, villains, all while staying true to the character of Batman. An amazing caricature of one of the most iconic superheroes in a great parody.

The first thing that has to be said about Wonder Woman is ‘it’s about damn time’. One of the most iconic superheroes finally got her film and it’s as epic as it can be. After making her appearance in BvS, everyone was wondering what we’d see in Wonder Woman and what we got was a stellar performance from Gal Gadot and amazing direction from Patty Jenkins. They’ve managed the character’s mythos perfectly and created more than just a superhero film, but a timeless epic, filled with action but at its core, it’s about love.

Was there any real doubt that this wouldn’t be #1? Director James Mangold crafted a new, bolder direction for the character of Wolverine that transcends the superhero genre. With clear references and a style that fits a Western, there’s no other way to close this chapter of a beloved character. Jackman’s final performance in the role is easily his best and it’s one of the most emotional send off to any character, that had me crying in the theater.

What did you think? Do you agree or disagree with the list? Let us know what you think!

Published by Manny A. Castellanos

View all posts by Manny A. Castellanos