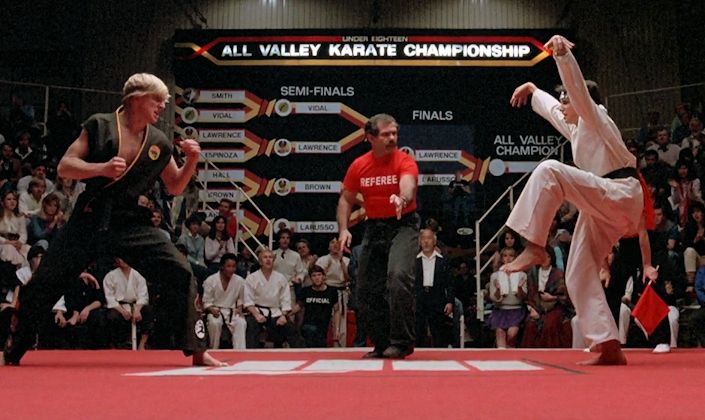 A movie classic is going to be kept alive in the YouTube space.

Variety reports today that “The Karate Kid” will have a sequel series on YouTube’s subscription service, YouTube Red in 2018.

The 10-episode, 30-minute series will reunite the original film stars Ralph Macchio and William Zabka. Read a quick synopsis below:

[The series] picks up thirty years after the events of the 1984 All Valley Karate Tournament. A down-and-out Johnny Lawrence (Zabka) seeks redemption by reopening the infamous Cobra Kai karate dojo, reigniting his rivalry with a now successful Daniel LaRusso (Macchio), who has been struggling to maintain balance in his life without the guidance of his mentor, Mr. Miyagi.

Susanne Daniels, global head of digital content for YouTube, expressed excitement for the sequel of the much-beloved 1980s movie.

“The minute I heard about this project, I knew we had to have it. ‘The Karate Kid’ became an instant classic in the 1980s, and still resonates with audiences around the world and on YouTube today. We’re thrilled to partner with Sony TV, Overbrook and the talented writing team led by Josh Heald, Jon Hurwitz, and Hayden Schlossberg to add a fresh, new comedic twist on one of Hollywood’s most storied rivalries.”

Josh Heald (Hot Tub Time Machine) Jon Hurwitz and Hayden Schlossberg (Harold & Kumar) will be the writers and executive producers of the series, with Hurwitz and Schlossberg directing.