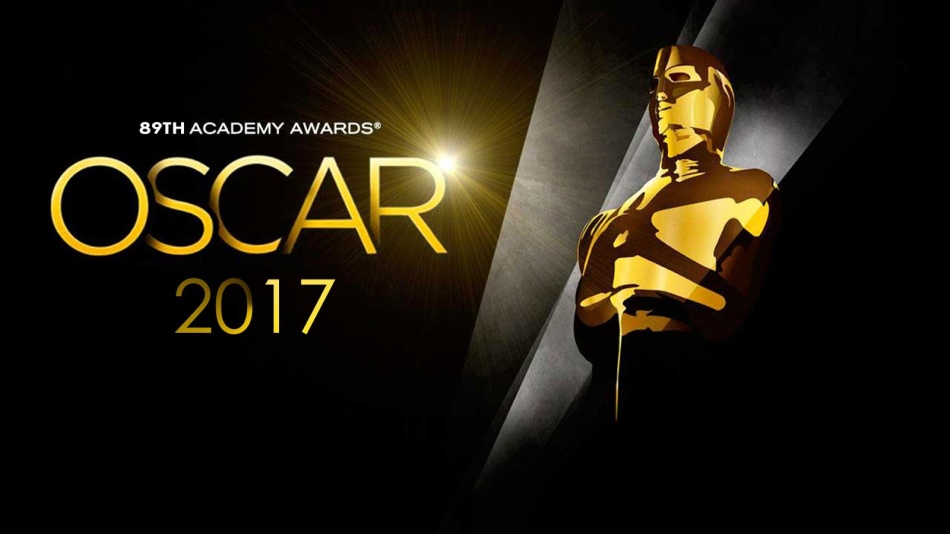 Still reeling from the epic clusterf*ck that was the 2017 Academy Awards, and want to discuss? You’ve come to the right place.

I have very mixed feelings on the 2017 Oscars.

Black people were honored, but a lot of deserving movies lost to far inferior ones. Mahershala Ali won for his outstanding performance in Moonlight, and thus he became not only the first actor of Muslim faith to win an Oscar, but the first Black Muslim to win as well. Viola Davis, a powerhouse performer, finally got her Oscar and gave a tearjerker speech that had me sobbing at the screen. Katherine Johnson, the only living woman of the three scientists, mathematicians and engineers who worked for NASA (depicted in Hidden Figures), was allowed to come and show her face. The entire group of wealthy Hollywood people stood on their feet and showed solidarity against the war in Syria. And the Muslim director Trump banned, Asghar Farhadi, had a woman accept his Oscar for him, and she read his fiery, critical speech that was one of the most eloquent, scalding reads in Oscar history. The Oscars got political, and they got REAL political. I was living for every second of it.

But then… some unfortunate things happened, one of the main being the unfortunate decision of the annoying and quasi-racist white guy they chose to host the whole thing, Jimmy Kimmel. His comments had me gritting my teeth in frustration. (But we’ll get to him more in a moment.)

And of course, we have to talk about the biggest discussion point of the night. #envelopegate, or #MoonlightGate, was a huge deal because the deserving movie – Moonlight – snatched the Best Picture Oscar from the cast of La La Land, who were mid-acceptance speech when it was announced that there had been a mistake and that Moonlight was the true winner. Pandemonium broke out on the stage, and the Moonlight cast looked absolutely perplexed – until they realized it was real and they actually won. Janelle Monae reached for the sky, jumping up and down in tears of joy. Jharell Jerome, who plays teenage Kevin, hugged the young Chiron, Alex Hibbert, with such love and affection that I teared up watching it. Mahershala Ali could barely contain himself, embracing Trevante Rhodes, who played the adult Chiron. And Barry Jenkins’ shock was palpable in the air.

Let me give you a little background, if you’re not familiar with Moonlight – because I know a lot of people aren’t. The film had absolutely no chance of even being nominated for an Oscar, let alone winning. It was a tiny independent film made for just $1.5m, distributed in only select locations across the country. It had virtually no awards campaign. It was criminally ignored when people were ranking their best films of 2016 (though it was, Thank God, a critical darling). Some people, when it won, were still left scratching their heads, because they had never even heard of it. Which is a shame.

Moonlight tells the story of the journey of a boy to a man – our protagonist, Chiron, as he finds love and finds himself. But that’s just the base level of the story. What this film is in every regard is a love letter to Black, poor, Queer boys who are suffering within their existence. The playwright of the play the film is based on, In Moonlight Black Boys Look Blue, is a Black Queer man – Tarell Alvin McCraney, whose speech when Moonlight won Best Adapted Screenplay moved me to tears. The play was expertly adapted by Barry Jenkins, brilliantly directed, with gorgeous cinematography and amazing acting.

Moonlight is one of the single most moving films I have ever seen. In my opinion, it’s one of the best films of all time. When I first went to see it, I remember being physically unable to get up from my chair as the credits rolled. I didn’t cry, though, even though the heartbreaking ending is a tearjerker. I didn’t even cry at that last line – man, that last line. I didn’t cry in the car on the way home after the film. I just sat there, numb, haunted by the beauty of what I’d just watched – and by the utter, inescapable joy of finally being represented on screen for the first time.

(Full disclosure: I’m on the edge of crying now, writing this.)

But when the waterworks started is when I finally got home and had time to process what I’d just watched. I’d say I cried for a good hour straight. There was a mountain of tissues on my bed, and my body was shaking so bad I wasn’t seeing clearly, and my glasses kept falling off so I eventually took them off because they were wet anyway. This was a movie FOR ME. This was a movie that acknowledged me. This main character felt like me in so many ways, and a lot of his story was my story.

But more just than that, after I finished crying, you know what I did? I picked up my laptop, turned it on, and started writing.

I’m an aspiring writer and filmmaker. It’s my dream to someday be on that Oscar stage, accepting an award for a film I’ve written and directed. And Moonlight is so moving, so inspiring, so sensational, that I began to write because I would die if I could ever create something that even came close to what Moonlight accomplished – for the Black LGBTQ+ community, but also the Black community as a whole. The talent oozes off screen. If there’s any world where La La Land, a movie about white people saving jazz and feeling uncomfortable with their lives, is considered superior to Moonlight, I don’t want to exist in it.

But I resigned. I prepared myself. I knew that Hollywood loves to reward mediocrity, and La La Land would be a more apolitical choice. It was the film that had the catchy tunes everyone could hum along to, right? It starred Emma Stone and Ryan Gosling, both of whom are critical darlings. Plus, it was simply the bigger movie. La La Land, to date, has made $339 million worldwide. It’s close to reaching $400 million, which is insane. And it’s a pop culture hit. The spoofs, the sketches, the references. Everyone, it seems, can’t get enough of La La Land – or, as I like to call it, Blah Blah Bland.

So when Faye Dunaway and Warren Beatty called La La Land for Best Picture, I let out a little sigh and resigned myself to the bed. I knew that Moonlight was the superior, deserving film, and in my eyes it was not only the Best Picture of 2016, but one of the best films ever made. So I didn’t care if it had been snubbed. It wasn’t snubbed in my eyes.

But then. Then, I heard someone say, “I’m sorry. Moonlight is the Best Picture winner. There’s been a mistake.”

I’ve never turned around so fast in my life.

The cast of Moonlight, just as shocked and floored as everyone watching, got on stage and gave a rousing but brief speech about the importance of culture and dreams. But their speech, of course, was cut short by Warren Beatty explaining how he made the mistake – apparently, he had been given Emma Stone’s Best Actress slip (which Stone says she had the entire time) and it said La La Land, so Dunaway decided to call La La Land rather than cause any confusion. (Some hilarious comparisons to Steve Harvey emerged.)

The cast’s speech was also cut short by Jimmy Kimmel making things I guess he thought were jokes, saying, “The La La Land cast should just keep it!” Not only that, the mediocre host was making subtle shots at Moonlight all night (in the beginning he took a jab at the film’s powerful midsection closer). And that’s not his only charge. He made a big deal out of an Asian woman’s name not being white enough to pronounce. He kept ragging on Mahershala Ali’s name as well, acting like he didn’t know how to say “Ali”. He made light of the Black contribution to the space race, and he joked casually about Casey Affleck’s sexual assault charge and Mel Gibson’s overall horridness as a person.

But the true thing that frustrates me about this: in the coming days, white people will be writing unwanted think pieces about Moonlight’s win. They’ll ask if La La Land should have won. They’ll say La La Land was the bigger commercial success, which somehow for them translates to quality. But most frustratingly of all, they’ll congratulate the La La Land cast for being ‘gracious’ and ‘polite’ to the Moonlight cast for having to hand over their Oscar.

Let me just say something right now. The La La Land cast was not gracious and polite. One of them continued to give his speech despite knowing that Moonlight had won Best Picture. (You ain’t slick. We saw them tell you in your ear.) They didn’t even bother to stay and hug the Moonlight cast. Sure, it was embarrassing that they lost. I would’ve been pissed too. But let’s not congratulate white people for doing what they were supposed to in a given situation. Let’s not make the conversation about how “amazing!” and “polite!” the La La Land cast is.

Please do not let #envelopegate become a discussion about the La La Land cast and their “amazing show of strength and humility”. Because if we do that, Moonlight hasn’t actually won the night. And it absolutely deserves to.