If you’re not familiar with Ismahawk now is the time to get acquainted.  They are the young production company behind the Nightwing Webseries starring Danny Shephard as the eponymous Nightwing as well as the HawkTalk Podcast.  One of their most recent ventures has been in the always-popular “who would win in a fight?” genre of media originally pioneered by ever 4th grader on the playground.  Only your average 4th grader doesn’t have access to cutting edge graphic design work and a filming budget.  This series has included match ups between The Flash & Quicksilver and the two movie incarnations of Deadpool. Their newest episode, released the 12th of October and sponsored by CrunchyRoll, is between massive mechas of the Mighty Morphing Power Rangers and the Legendary Defender Voltron.

What makes this particular Minute Matchup unique is, besides being way longer than a minute, is the inclusion of several popular faces from around the internet. 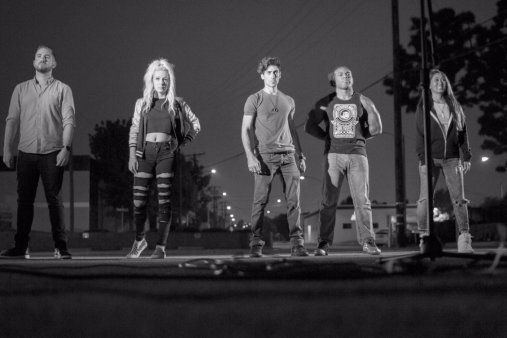 Meanwhile the Voltron Force is composed of writer Anthony Carboni (who has contributed to the Wall Street Journal but is probably best known for hosting the BBC America Doctor Who 50thAnniversary special), Vlogger Justine Ezarik of iJustine, Niko Pureinger of CorridorDigital, Grem Miller of Kinda Funny, and in the most bizarre casting twist of all, Yoshi Sudarso best known for playing Koda, the Blue Ranger on Power Rangers Dino Charge.

View all posts by geeksofcolor