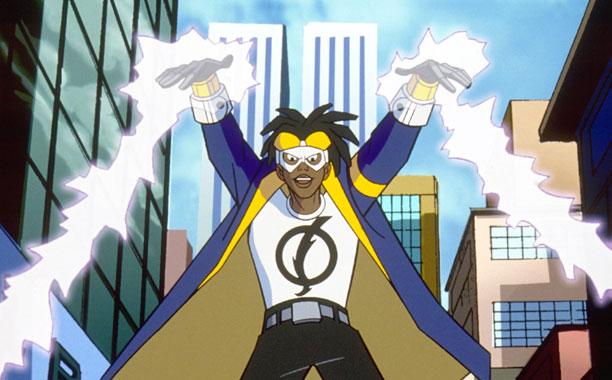 Hello my fellow comic book, TV show/Movie lovers. Ife here again with a quick profile on Static shock and why he needs a solo movie

Virgil Hawkins aka Static shock. Was a normal teenager like some of us, but then again thats how it starts for most kick @$$ superheroes. But also was one of the few teenagers that had been bullied in school. He was bullied by a kid who go on to become one of his long time enemies “Hotstreak”. He couldn’t take it anymore so he went to his last resort and met a kid at the docks one night to buy a gun so he was able to defend himself against this bully. Little did he know that he would find himself in the middle of a crossfire of a gang shootout. Police came and released a tear gassed that sparked metahuman gene , that infected them. It also infected Static. He realized what it had done, so he decided to use these powers for good and took on the mantle of Static shock, fighting crime throughout Dakota city.

So why should Static have his own Solo movie, you say???

Static is  an African American teen first and foremost. He has came thru the obstacles of a black teen in America. Dealing with bullying and witnessing  gang violence first hand. For the way people of color are stereotyped he took his powers and used them for good instead of bad.

Static has beautiful gallery of villains a filmmaker could choose from. Hotstreak, Harley Quinn, Joker, Poison Ivy, Rubberband man, Ebon. Just to name a few. I think it would be a great montage of him fighting a bunch of his villains in a movie, the action in that would be immaculate

This may sound weird but I think he needs a movie so we can see this character be brought to life. So us the audience can relate to this character more. I think it needs to be played by the right person. A person that we can trust to do a great performance. Also the live action scenes would probably be great depending on what director you give it to, The CGI and special effects would be out of this world

Thank you for reading this… there was a topic brought up in this article which was bullying. Bullying is a serious issue among American people not just kids. And sometimes people don’t do anything about it. So I urge yall to report bullying anytime you see it whether its online or in real life. Be a hero. Report Bullying.

View all posts by geeksofcolor